A Platform for Social Change

Have you ever heard the phrase ‘be the change that you wish to see in the world’? It’s a little cliché, yeah, but I’ve been thinking recently that right now, we’re living in a day, arguably now more than ever before, where we can actually be the change that we want to see. Think about it. With the whole world at our fingertips, we have every resource available to us, equipping us to be a more socially conscious and intentional generation than those who went before us – wide awake, in touch and in tune with our global community. Thanks to social media, it’s a whole lot easier for us to have our voices heard far beyond our own small circles. Rather, our voices can reach across oceans (and in the same way, we get to hear the valued voices of those that we may not have otherwise heard). We get to raise awareness of real and relevant issues in ways that our great grandparents never would of dreamed of, we can join and get on board with global campaigns, start businesses or non-profits, create movements and advocate for the causes we believe in. There’s actually a company of people out there who are doing just this – actively being the change that they want to see in the world, showcasing beauty and humanity through their work in fresh, creative and original ways.

So in continuation of my previous post, Social Media: Part One, I’ve put together a list to highlight and champion 5 individuals/organisations who use their social media as platforms for social change, consciousness and awareness. Go check out their work and start following.

Jaz O’Hara, 25, is the founder of The WorldWide Tribe, a non-profit that works to “highlight the humanity behind world issues, inspire global community and leave a legacy of positive, social change” through creative storytelling. After returning from a visit to the Calais Jungle one summer with her friends, Jaz wrote a status about her experience on her personal Facebook page for her friends and family to read. When she woke up the next morning, she found that the status had been shared 65,000 times overnight. This lead her to quit her career in the fashion industry to volunteer full-time at the camp (which then unfolded into The Worldwide Tribe).

Jaz uses social media as a channel of communication to voice the stories and realities of individuals from across Europe and the Middle East, directly from their hearts to ours. Her social media provides a platform for those who would otherwise be unseen and unheard. She creates awareness of the refugee crisis in a genuine, raw and insightful way through storytelling, photography and videography. Last June, I headed to Streatham Hill Theatre with 2 friends to check out their new documentary,Diaspora.  The film captures and incorporates a collection of personal stories from those living in the midst of the crisis. If you haven’t already, I really recommend checking it out (or buying a t-shirt from their store).

Shop Six:Ten is a UK social enterprise with a mission to uplift vulnerable children around the world. Fiona Sowole founded the company in 2016 after a mission trip to Nakuru, Kenya. She decided that she wanted to start something that mattered, to make an impact and create change. “It’s not just a brand, it’s a movement. With every product sold, we take a child living on a dumpsite/landfill site and place them into education. We fund their school fees and partner with other organizations to provide school essentials to disadvantaged children”. 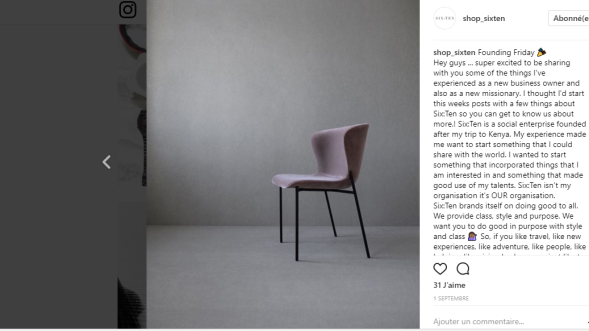 Shop Six:Ten sell stylish, purposeful and efficient luggage and travel accessories (check out their brand new website here – it’s lush!) Fiona uses her social media to communicate the heartbeat of Six:Ten through beautiful photos, videos and encouragements. She truly is being the change that she wishes she see.

Rupi Kaur, born in Punjab, India, is a poet, illustrator, writer and spoken word artist, most famous for her book Milk & Honey. The book was published in 2014 and focuses on the themes of identity, femininity, abuse, love, loss, heartbreak and healing.  Her recent TEDx Talk ‘I’m Taking My Body Back‘ discusses her powerful and personal story that lead her to writing.

Her Instagram consists of a collection of beautifully put poems beside cute hand drawn illustrations. In 2015, as part of a photography project, Rupi posted a photo on Instagram of a girl lying in bed with a blood stain on her clothes (this photo actually went viral so you’re likely to have seen it). The picture was part of a menstruation themed photo-series which aimed to destigmatize taboos surrounding periods. She made a statement noting that a majority of people, societies and communities shame this natural process and are in fact more comfortable with the pornification, degradtion, sexulaisation of women than menstruation.

I think she’s right in saying that in reality, many people are more likely to be bothered by a picture of a girl with a period stain than by a girl posing in her bikini. In response, Instagram removed the photo (and other photos from the series). She posted on Facebook stating “I will not apologize for not feeding the ego and pride of a society that will have my body in my underwear but not be OK with a small leak”. The picture on Facebook was shared by thousands and made headlines around the world. Social media often lacks this kind of honesty and openness, so I really respect her approach to challenge the mindset of society and her efforts to destigmatize taboos.

Sam Vox is a freelance photographer based in Dar Es Salaam, Tanzania. He specialises in portrait, editorial and documentary photography. He tells stories through compelling visual artistry, capturing simple everyday moments, finding sentiment in the ordinary. He’s worked with renowned non-profits such as ONE Campaign (one of my favourite organisations) and WaterAid along with other projects such as Women Empowerment Programme, Everyday Education and Under a Small Roof. He uses his Instagram as a visual diary to express and tell tales of people, places, cultures, traditions, languages and food – celebrating the diversity of life. Though his posts make me a little travel-hungry, his photography really showcases the wonder and beauty of life. 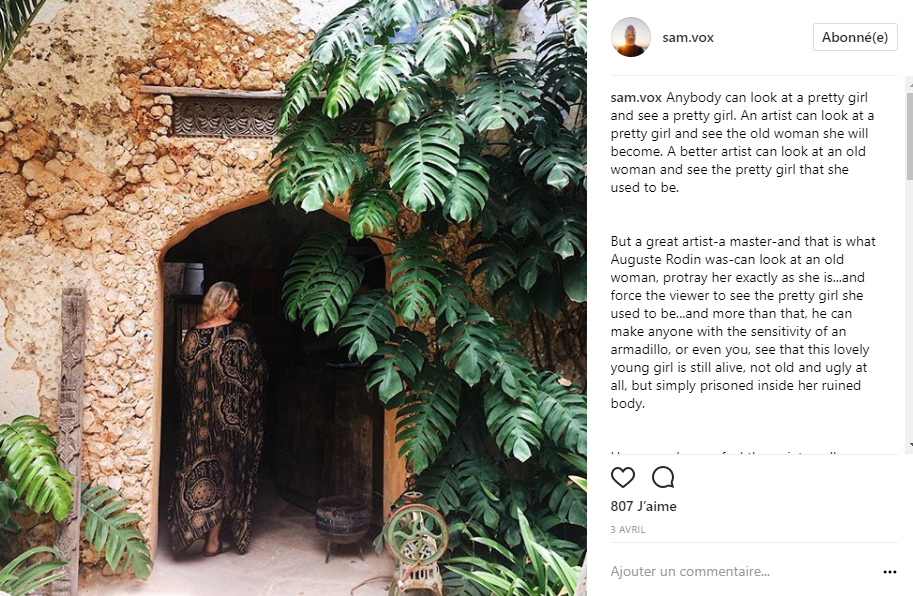 Magnify is a women’s magazine that centres on the themes of faith, feminism and fashion (3 great words that you don’t often hear within the same sentence). It is dedicated to empowering the modern woman and is designed to incite conversation, community and creativity. Within its pages you’ll find interviews, personal stories and compelling articles. Ruth Awogbade created the magazine in 2008 at age 19, during her first year at university (how amazing is that?!).

Growing up, I’ve always been a big magazine-reader. When my monthly subscribers issue of my favourite magazine would pop through the post box, I’d be so excited to rip open the cellophane wrap and begin browsing through the aesthetic glossy pages. There are so many magazines out there available for us to read and more often than not, material or gossip orientated press fills the shop shelves and news stands. This makes magazines like Magnify all the more special, refreshing and exciting as they move against the tide and use their platform to speak (much needed) words of life. Magnify is both culture-engaging and soul-stirring, filled with hearty content, bold visuals, words of encouragement, fresh perspective and insight. I know you’ll love their social media pages: